The story unfolds in the archives of Intesa Sanpaolo

If there is one city that encapsulates Intesa Sanpaolo’s evolution outside Italy, it has to be New York. Almost all the banks that joined the group over the years had a presence in the Big Apple at some point.

It all began with remittances. At the turn of the last century, communities such as Little Italy in New York were beginning to make their economic mark. “The most important factor at the outset was the focus on Italian migrants and the emergence of numerous Italian colonies in the Americas. That is what took banks into the United States,” says Barbara Costa, head of Intesa Sanpaolo’s historical archives.

The New York Post Office estimates that between 1901 and 1906, around 12.3m individual money orders were sent to foreign countries, with half of the dollar amounts going to Italy, Hungary and Slavic countries. According to the Immigration Commission, the sum of remittances to Italy in 1907 amounted to $85m (more than $2bn today).

“
The archives contain a wealth of images not only of the buildings, but also of the people who worked in them
” 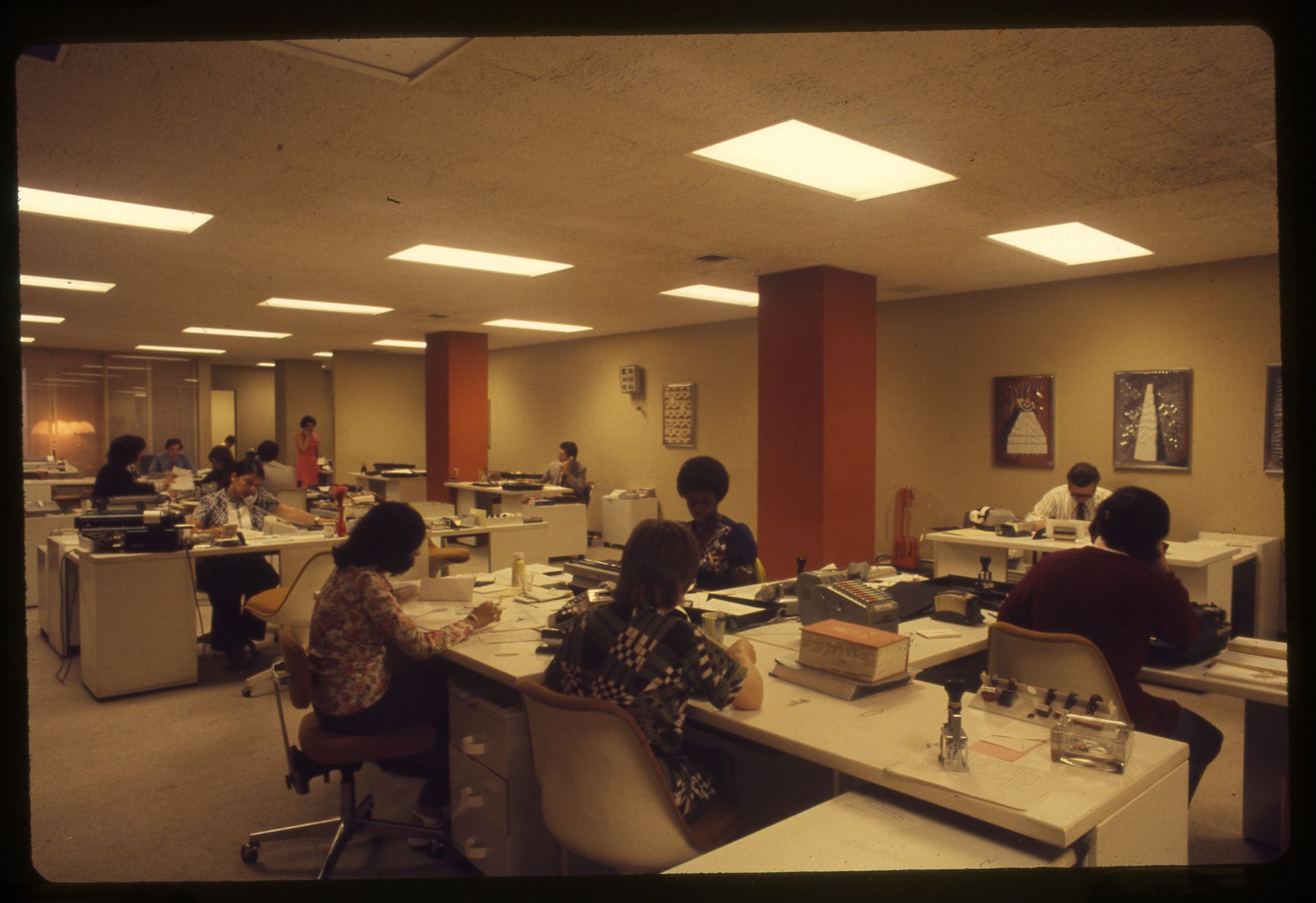 The Italian government was quick to respond. It appointed Banco di Napoli as its official bank for remittances, with a special law in February 1901 as way to safeguard the emigrant transfers. Initially the bank operated through correspondent banks, especially Cesare Ponti. But then it opened an inspectorate office in New York in 1906, later transforming it into a full agency.

Banca Commerciale Italiana (BCI) also provided deposit services for Italian emigrants alongside its primary business role. It opened a branch in New York in 1918 to provide commercial credit while operating foreign-exchange trading and treasury services in dollars for the needs of the entire BCI group. 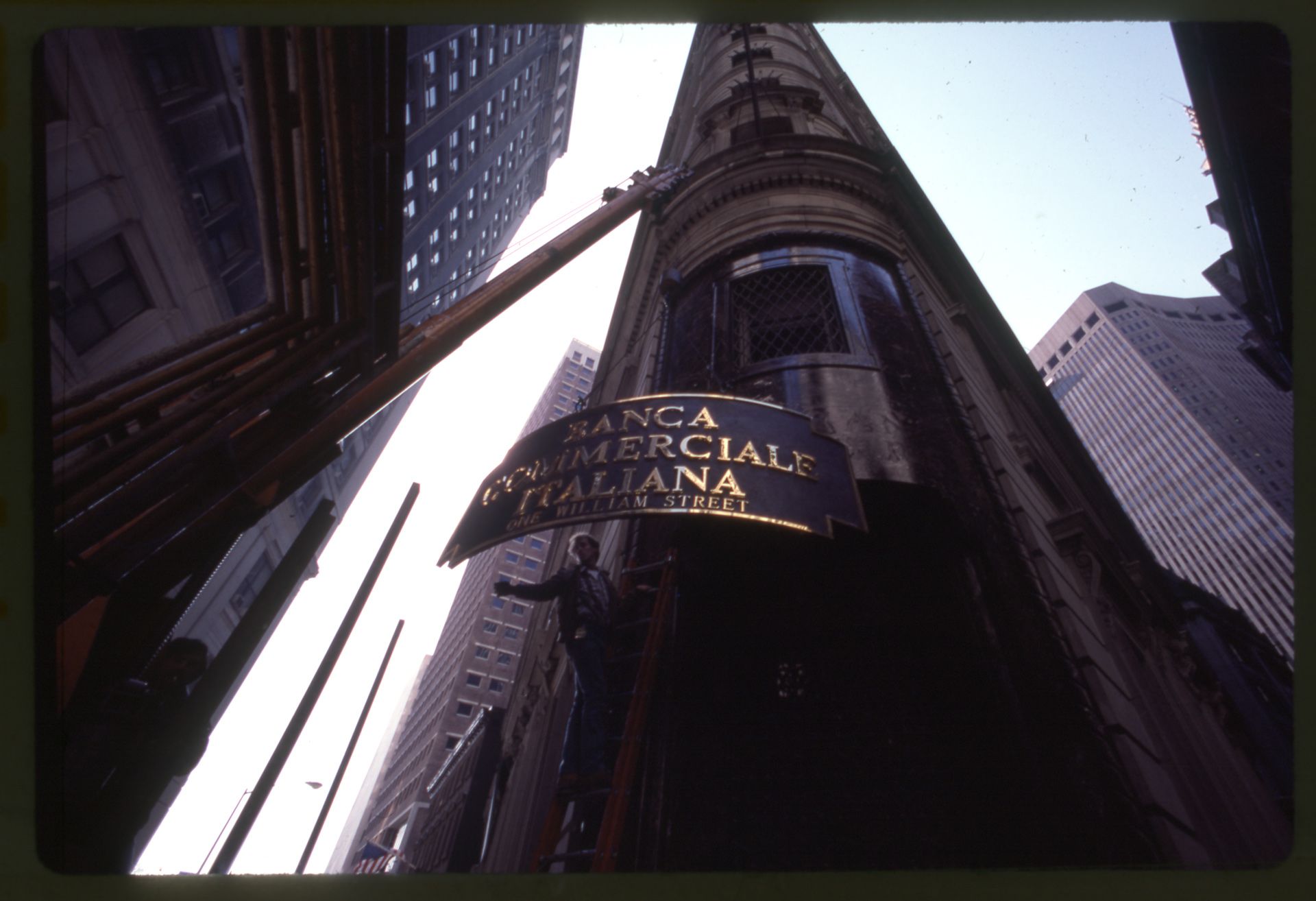 Costa highlights how the banks had to adapt to the local environment as their operations expanded. “American law limited the activities that foreign-owned bank branches could perform. This affected the deposits of Italian emigrant communities. The Italian banks had to start trust companies to be on a par with their American counterparts,” she says. BCI’s Italian Commercial Bank Trust Company opened in New York in 1924 while the Bank of Naples Trust Company followed in 1929.

Although the Wall Street Crash in 1929 had an impact on Italian banks, this was more because of a crisis in world banking and financial systems rather than local pressures. The real crunch came with the Second World War, when all the assets of Italian branches in the US were seized and the banks themselves liquidated. The director of the New York branch of BCI, Guglielmo Reiss Romoli, was interned in Ellis Island prison until his return to Italy in 1942.

The Italian banks hurried back at the end of the war to occupy the places they had been forced to abandon. BCI’s long-serving managing director, Raffaele Mattioli, was part of the first post-Fascist Italian economic mission to the United States between November 1944 and March 1945. The bank opened a representative office in New York in 1946 and set about re-establishing relations with the American financial and business world. Banco di Napoli had already opened its representative office in 1945 and transferred into an agency in 1950. 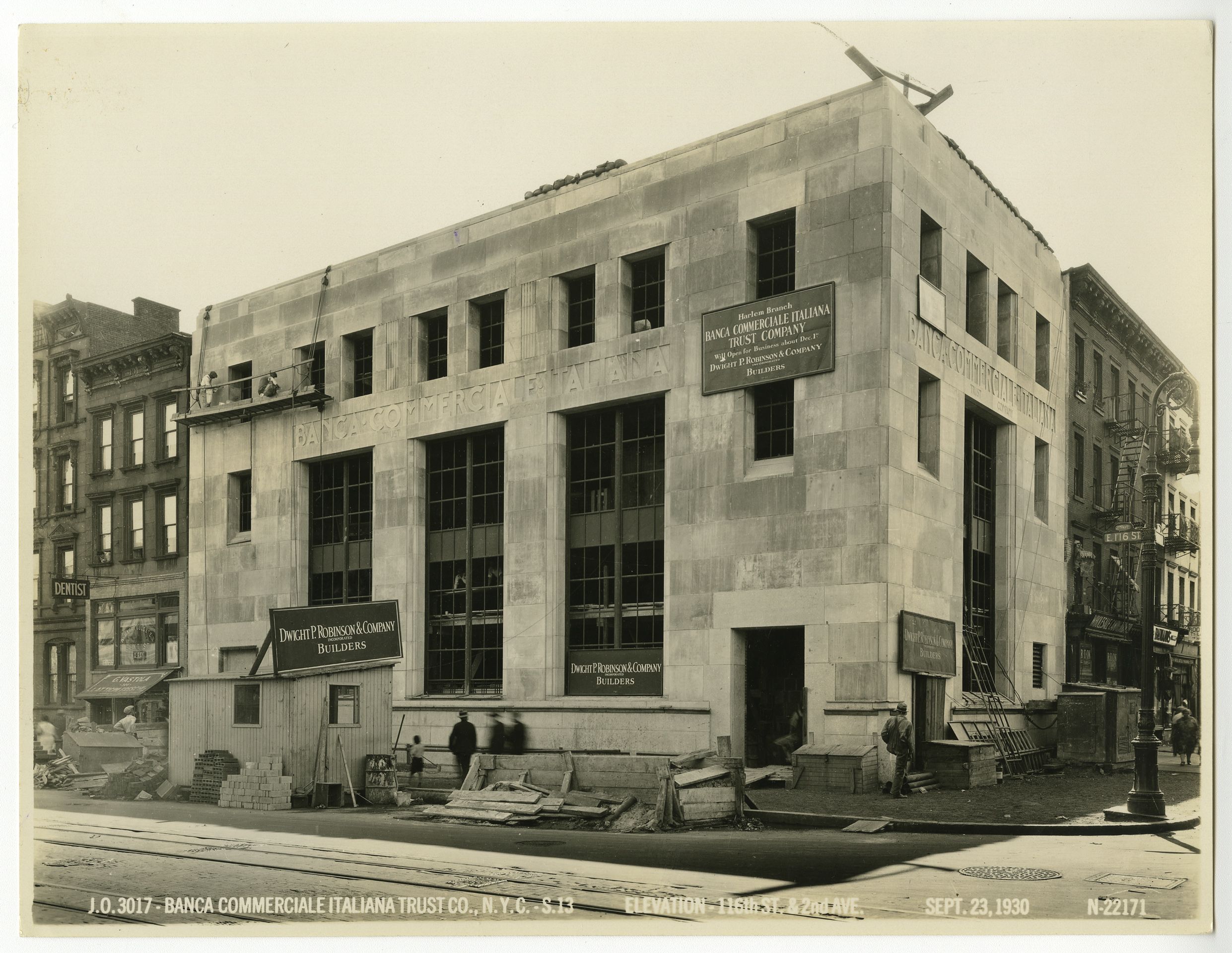 Back home, banks were thriving as post-war Italy entered a period of strong economic growth during the Sixties. Inevitably they started to widen their horizons. “From the Seventies onwards, Italian banks were looking to form alliances and expand their presences abroad to boost their competitiveness in the face of large multinational banks, especially those in North America,” Costa observes.

“
The most important factor at the outset was the focus on Italian migrants and the emergence of numerous Italian colonies in the Americas. That is what took banks into the United States’ – Barbara Costa, head of Intesa Sanpaolo’s historical archives
”

However, this expansionary phase did not last long. By the nineties, consolidation in international banking was under way. It led to significant restructuring of networks and changes in the way they operated in Italy and abroad. There were closures, licensing partnerships were ended and shareholdings were sold during a period of intense restructuring. But there were also new openings and a transformation of the types of operations that Italian banks performed, creating a new international perspective. 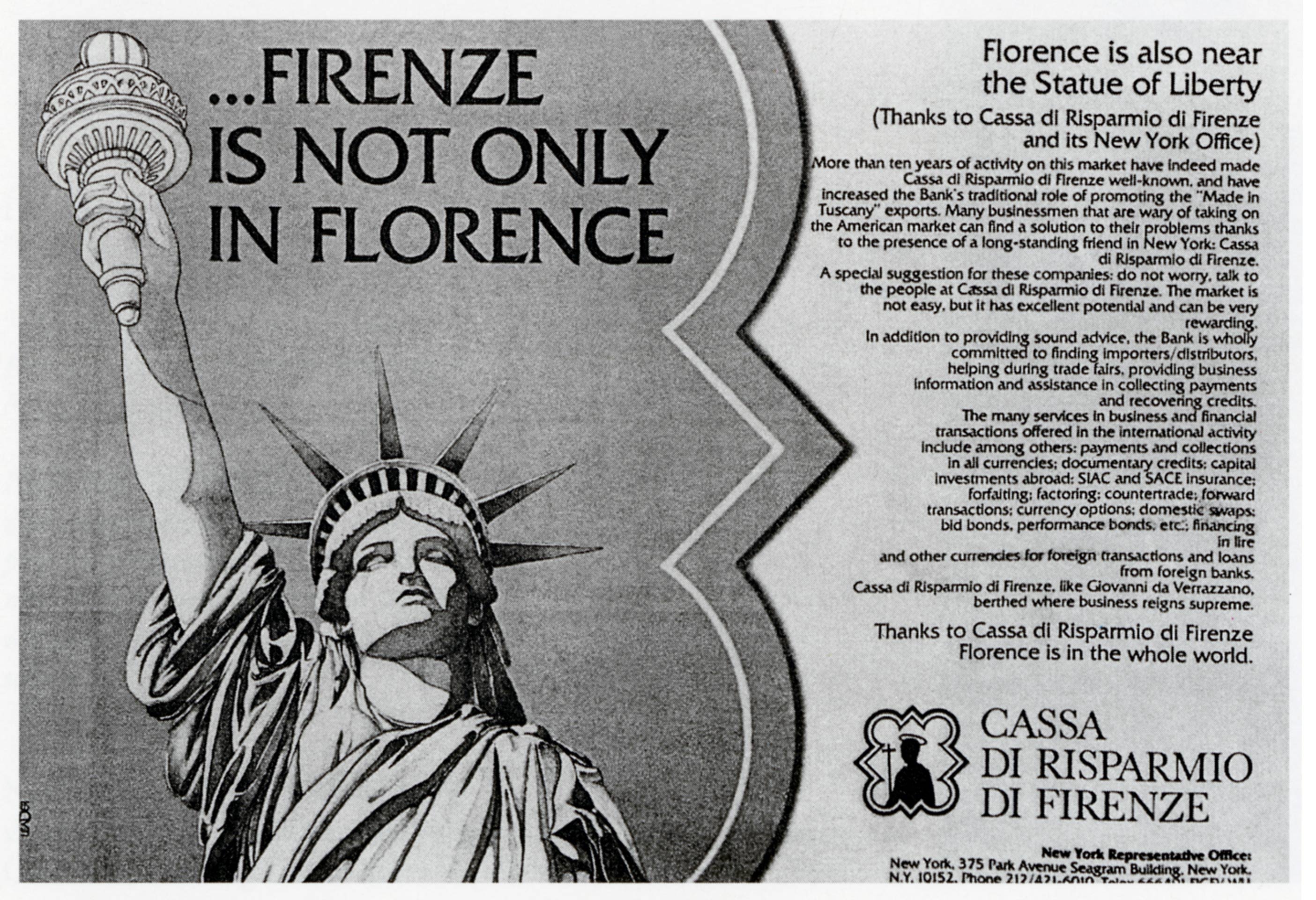 Many of the banks may have left New York, but the buildings they occupied remain. BCI has the most significant heritage in the city. Its first home was 65 Broadway, in a building that later became the headquarters of American Express until 1975. Today, Intesa Sanpaolo’s offices are in the 1 William Street building in the financial district of Lower Manhattan. Once the headquarters of the investment bank Lehman Brothers, it has now been renamed the Banca Commerciale Italiana Building. 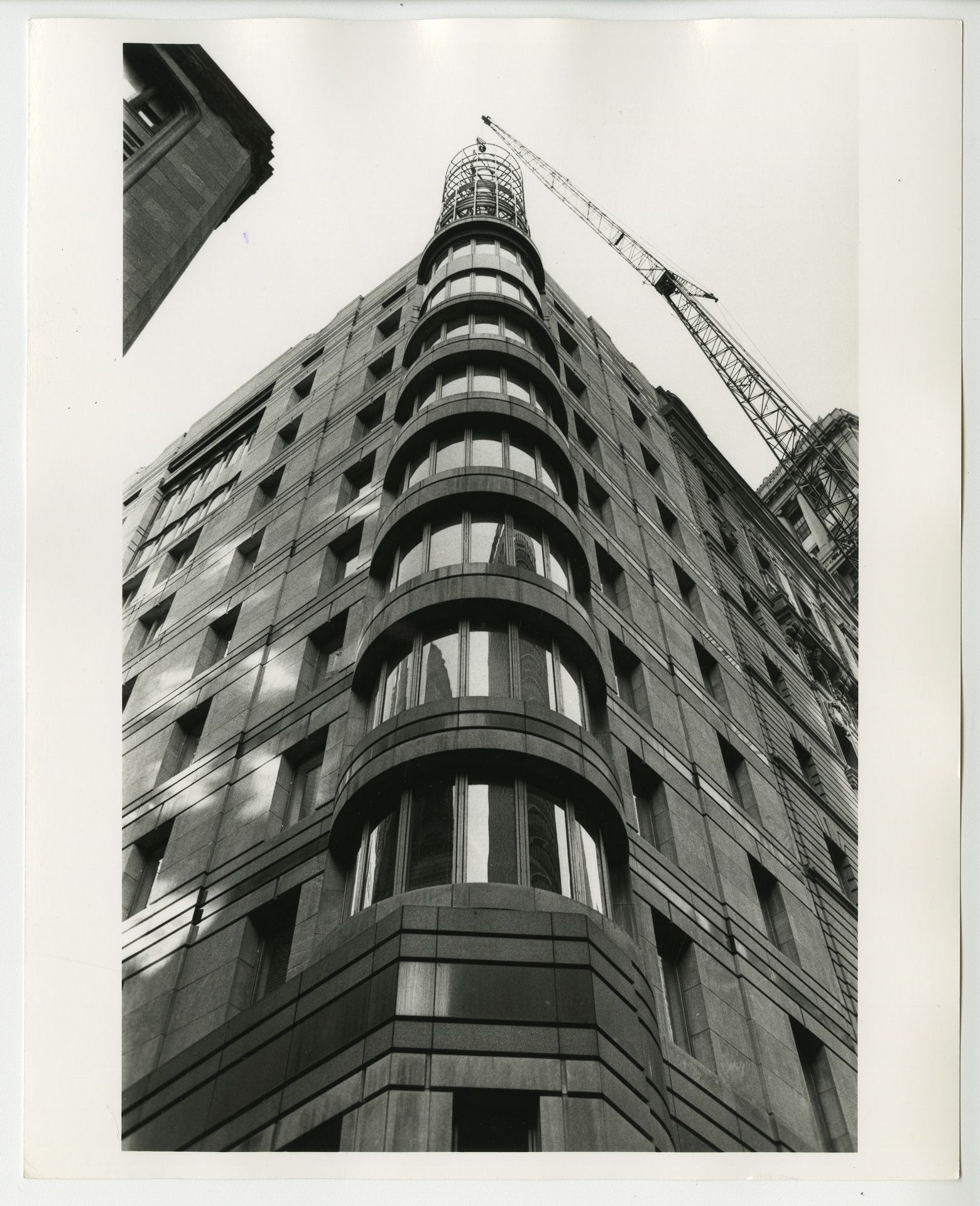 Tracing the operations of Intesa Sanpaolo’s banks across the world would be impossible without the firm’s historical archives. Costa highlights the parts that provide information about New York: “There is considerable documentation about openings of branches and representative offices in the city, what happened at the outbreak of war and Mattioli’s trip at the end of the conflict,” she explains.

The banks’ individual house journals and corporate bulletins provide invaluable inside views of how the financial institutions worked. The archives contain a wealth of images not only of the buildings, but also of the people who worked in them and the advertising they used to market products and services.